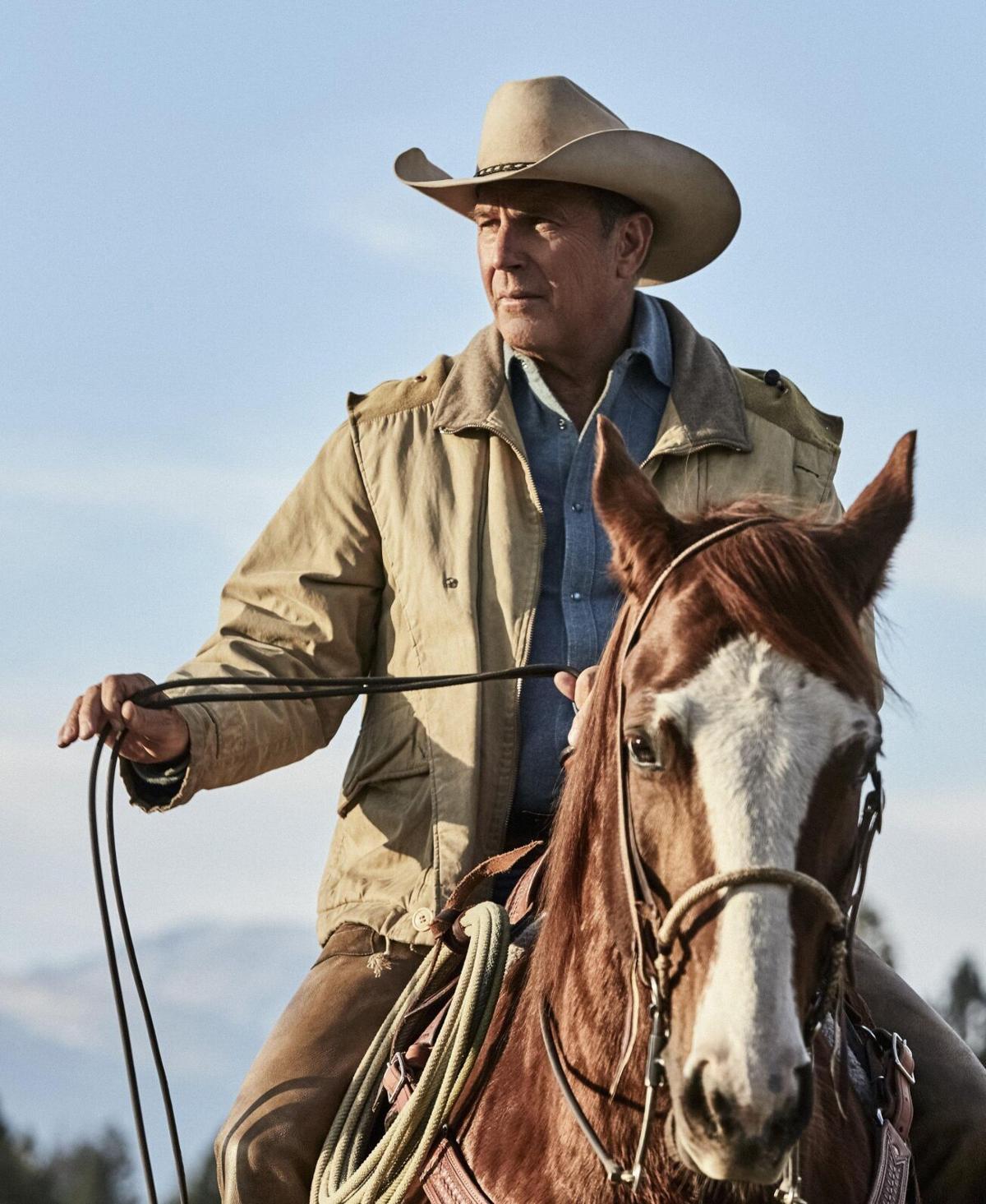 Kevin Costner stars in Paramount Network’s “Yellowstone.” The show will be back for season four, but the date hasn’t been released. 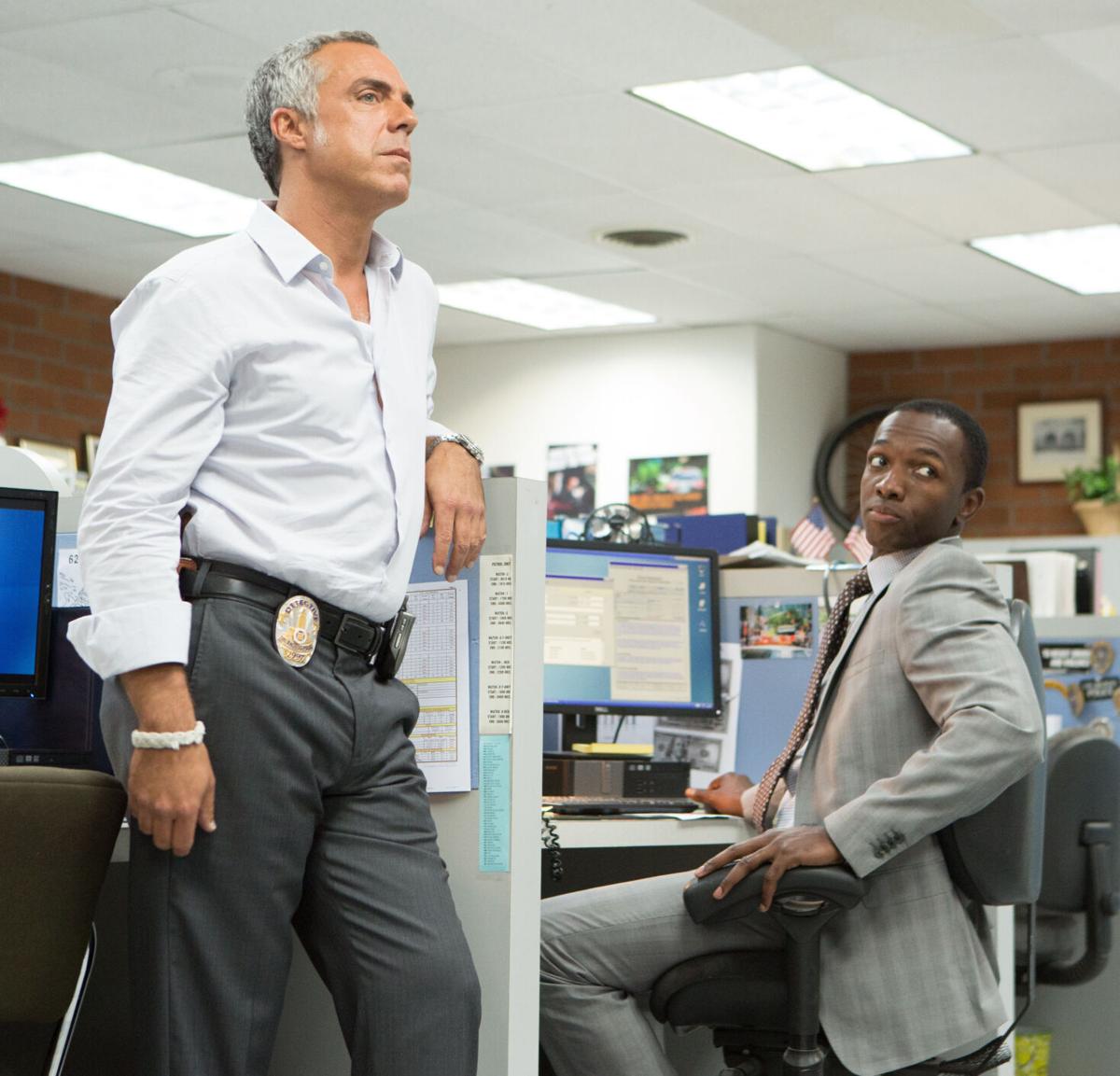 Titus Welliver, left, plays a tough Los Angeles homicide cop along with Jamie Hector as his partner in "Bosch."

You have questions. I have some answers.

Question: Kevin Costner stars in a great series on Paramount Network, “Yellowstone.” Season three ended in August 2020 and I was led to believe the fourth season would start on June 20. But there was nothing, and all has been quiet about when we might see season four. Do you have any information?

Answer: All I can tell you right now is that there will be a fourth season. Some fans assumed it would arrive June 20 based on when the third season had premiered, but at this writing there has been no official announcement of when we will get new episodes. As for why there is a delay, speculation has included a need to reshoot some scenes, Paramount’s wanting to avoid competition from the Olympics (July 23-Aug. 8), and a possible dispute over streaming rights since “Yellowstone’s” first three seasons stream on Peacock, but Paramount Network is connected to streamer Paramount+. Whatever the reason, viewers remain in scheduling limbo.

Q: I was wondering about the whereabouts of Robby the Robot of “Forbidden Planet” and several “Twilight Zone” episodes. With all of the tech advances and CGI, he is still the coolest robot ever!

A: The iconic robot has a long list of screen appearances including the ones you mentioned and is such an iconic image that authorized replicas are still around. But the original had declined in quality by the time William Malone bought him in 1979. Malone reportedly did a detailed restoration job and, in 2017, put the robot up for auction. It sold to an unidentified buyer for a reported $5,375,000, said to be the highest sale price ever for a movie prop.

Q: Sometime in the 1980s, there was a special prime-time game show with Richard Simmons and Jayne Kennedy. It started at a football stadium with tens of thousands of fans, and it got narrowed down by like half after the first contest. It went on for either nights, or weeks, and finally ended with the last two, or three contestants squaring off in a Q&A. Do you know the name of that game show?

A: That was “Ultra Quiz,” at times referred to as “All-American Ultra Quiz” to distinguish it from the original Japanese show. (There was also a version in England with David Frost as a host.) It aired on NBC for two weeks in 1981, with Dan Rowan and Dick Martin hosting along with assists from Simmons and Kennedy. According to “The Encyclopedia of TV Game Shows,” the show started with 932 contestants in Dodger Stadium; all but 84 were eliminated there, with other competitions taking place in cities around the world until two were left for the final in Burbank, California. The winner received $100,000.Q: Please answer: Is “For Life” coming back?

A: Not on ABC, which dropped the series after two seasons. Ratings for regular broadcasts were low, although Deadline.com noted that it did better with delayed viewing and in digital telecasts on Hulu. It is being shopped, possibly to a streamer. Variety reported recently that IMDB TV — a free, ad-supported streaming service backed by Amazon — was close to ordering a third season of “For Life” and had already made a deal for telecasts of the first two seasons.

Q: Harry Bosch is my all-time favorite detective, but I did not know about the “Bosch” series on Amazon. After a series ends on Amazon, does it ever show up on regular TV such as NBC, CBS, etc.?

A: For the most part, streaming services such as Amazon, Netflix and Hulu have kept their shows off broadcast to maintain their competitive advantage. But there have been exceptions. CBS, the broadcast network, carried some episodes of “Star Trek: Discovery” and “The Good Fight,” both of which had premiered on the network’s streamer.

You may be better off looking for an eventual DVD release of “Bosch,” especially now that its final season is on Amazon. Seasons of streaming shows such as “Tom Clancy’s Jack Ryan” on Amazon and “The Handmaid’s Tale” have found their way to disc (although, again, “Bosch” has not yet).

Do you have a question or comment about entertainment past, present and future? Write to Rich Heldenfels, P.O. Box 417, Mogadore, OH 44260, or brenfels@gmail.com.

Eiza Gonzalez makes history as the new face of Bulgari

LeVar Burton begins ‘Jeopardy!’ guest host stint, but will he get permanent gig?

LeVar Burton began his long-awaited week as “Jeopardy!” guest host Monday after a wave of fan support and is among front runners for the permanent gig.

You have questions. I have some answers.

'Arthur' to end on PBS Kids after 25-season stint

If you have no clue who “Ted Lasso” is, now might be the time to learn.

New release movies worth watching, Nicolas Cage recommendations, and more on the latest Just to be Nominated podcast

What to watch this week, including M. Night Shyamalan's "Old" in theaters, a roundup of Nicolas Cage's best roles, movie news, and more!

Fan favorite LeVar Burton begins a week of guest-hosting duties on "Jeopardy!" The Tokyo Summer Olympics continues with Men’s Gymnastics Team finals among many other sports.

‘Never Have I Ever’: Lee Rodriguez on Fabiola’s Season 2 Struggles, Plus Is She Team Paxton or Ben?

'I just want to tell her to just breathe,' Rodriguez says of her character.

What’s Coming to Amazon in August 2021

Kevin Costner stars in Paramount Network’s “Yellowstone.” The show will be back for season four, but the date hasn’t been released.

Titus Welliver, left, plays a tough Los Angeles homicide cop along with Jamie Hector as his partner in "Bosch."