COLUMN: Progress made but a lot more needed to free the innocent
View Comments
Share this
{{featured_button_text}}
1 of 2 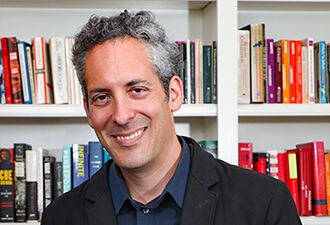 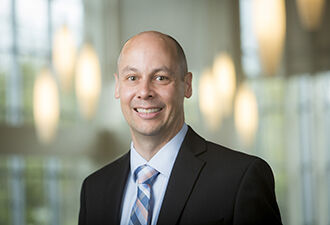 By Brandon L. Garrett and Jamie T. Lau Special to the Independent Tribune

Just a few weeks ago, Ronnie Long walked out of prison for the first time in 44 years. Now he waits for Gov. Roy Cooper to pardon him so he can receive the limited compensation offered by North Carolina — and the security that comes with it — after living decades of his life behind bars for a crime he didn’t commit.

Last week, we observed International Wrongful Conviction Day in North Carolina and across the world. Each year, hundreds of people like Long are exonerated for crimes they did not commit. North Carolina was once on the path toward becoming a world leader in redressing the causes of wrongful convictions. Today, we lag far behind.

Long was released from prison after many years of litigation, despite evidence of his innocence surfacing over a decade ago. The state put up a fight that prevented that evidence from securing his release. It wasn’t until the Fourth Circuit Court of Appeals reversed the lower courts’ ruling in the case and the judges described the injustices — including forensic evidence of innocence that was buried for decades — that the state relinquished.

Over a decade ago, North Carolina enacted legislation to combat wrongful convictions. DNA exonerations were mounting — to date in this state, there have been 18 of them, and 65 exonerations in total. Former North Carolina Supreme Court Chief Justice Beverly Lake set up a commission to study exoneration issues. Laws to require videotaping of interrogations, improved eyewitness identification procedures, and a commission to investigate claims of actual innocence were all passed.

Since then, the state has slipped.

In North Carolina, some new rules were passed to reform the use of forensic science in the courts, to prevent the injustices that occur in cases like Long’s. Nevertheless, it is still common for unvalidated and unscientific evidence to be used, and standards are still lacking. We need a serious forensics oversight body, particularly given the large numbers of small crime labs in the state, and we need tougher rules in court.

Additionally, while interrogations are videotaped, there has been no effort to reform coercive police interrogation practices. When Leon Brown and Henry McCollum walked free, due to DNA tests proving their innocence after decades in prison and on death row, there should have been a surge of interest in preventing youths from being fed facts and coerced into false confessions. Yet, nothing has been done.

North Carolina also has yet to address the use of informants, including notoriously unreliable jailhouse informants. A bill that would have required corroborating evidence before informants could testify at trial was introduced in the General Assembly this session and never made it out of committee.

Finally, innocent people, upon exoneration, cannot be readily compensated for the years they unjustly suffered behind bars. Compensation requires a pardon from Governor Cooper. Long and many other exonerees are still waiting, and Cooper is on track to become the first governor in more than 40 years to not grant clemency to a single person. We need real compensation legislation in North Carolina, like the federal government and many other states have passed, that allows for compensation when a conviction is overturned on grounds consistent with innocence without a gubernatorial pardon.

We observe Wrongful Conviction Day every year, because the injustices suffered by so many innocent people still have not resulted in the reforms needed to prevent these problems from recurring. We hope that the governor’s new task force on racial equity in criminal justice and lawmakers focus more urgently on these challenges. Much still needs to be done in North Carolina to both prevent wrongful convictions and address the harm afterward for exonerees who lose years of their lives to systematic errors.